N8 Entertainment presents FIESTA DE MAYO FEST 2021 with the Queen of Reggaeton; IVY QUEEN! Also presenting Honey Andrews with her SELENA TRIBUTE, and none other than FULANITO Live! Also J Castillo – Leosmany – Mariachi Bands & More! SATURDAY MAY 29, 2021 at the Old Street Concrete Amphitheater in Corpus Christi TX. For tickets and info text 210 291 9286 or purchase tickets below. 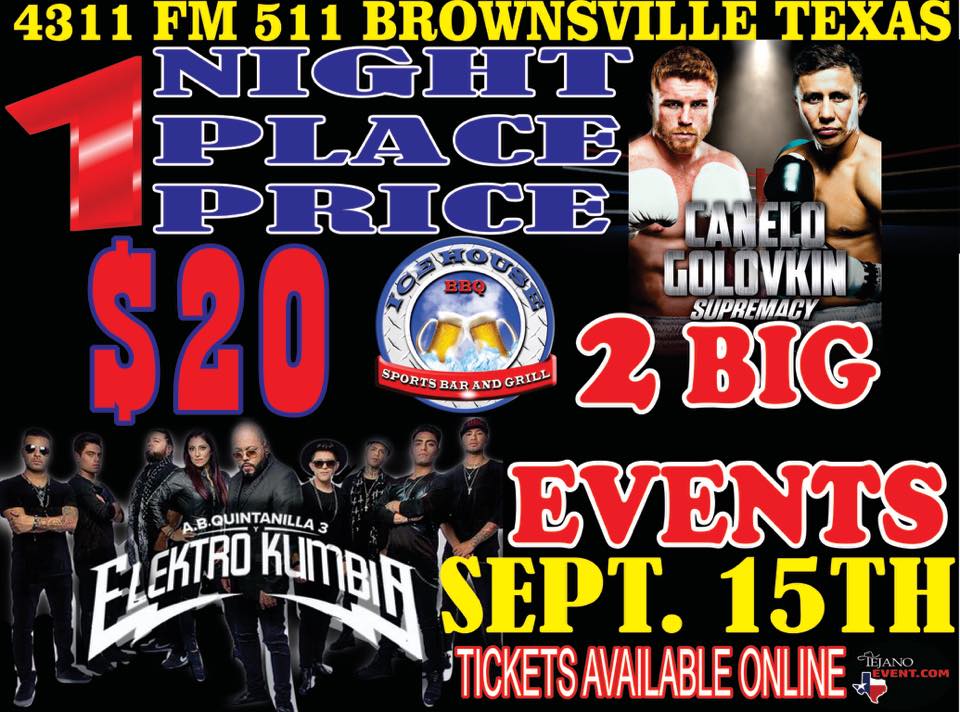 Come out and watch the fight everyone has been waiting for and afterwords AB Quintanilla will take the stage to deliver a show you don’t want to miss! Ice House Sports Bar & Grill located at 4311 FM511 Brownsville TX  Get your tickets now!

TO PURCHASE TICKETS PLEASE CLICK ON LINK BELOW:
http://www.etix.com/ticket/p/8562559/ab-quintanilla-elektro-kumbia-mission-ice-house-bar-grill 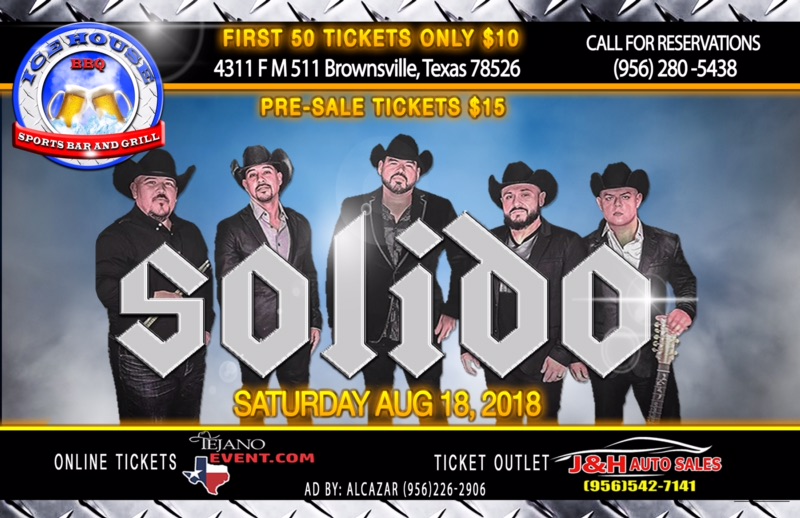 TO PURCHASE TICKETS PLEASE CLICK ON THE LINK BELOW: 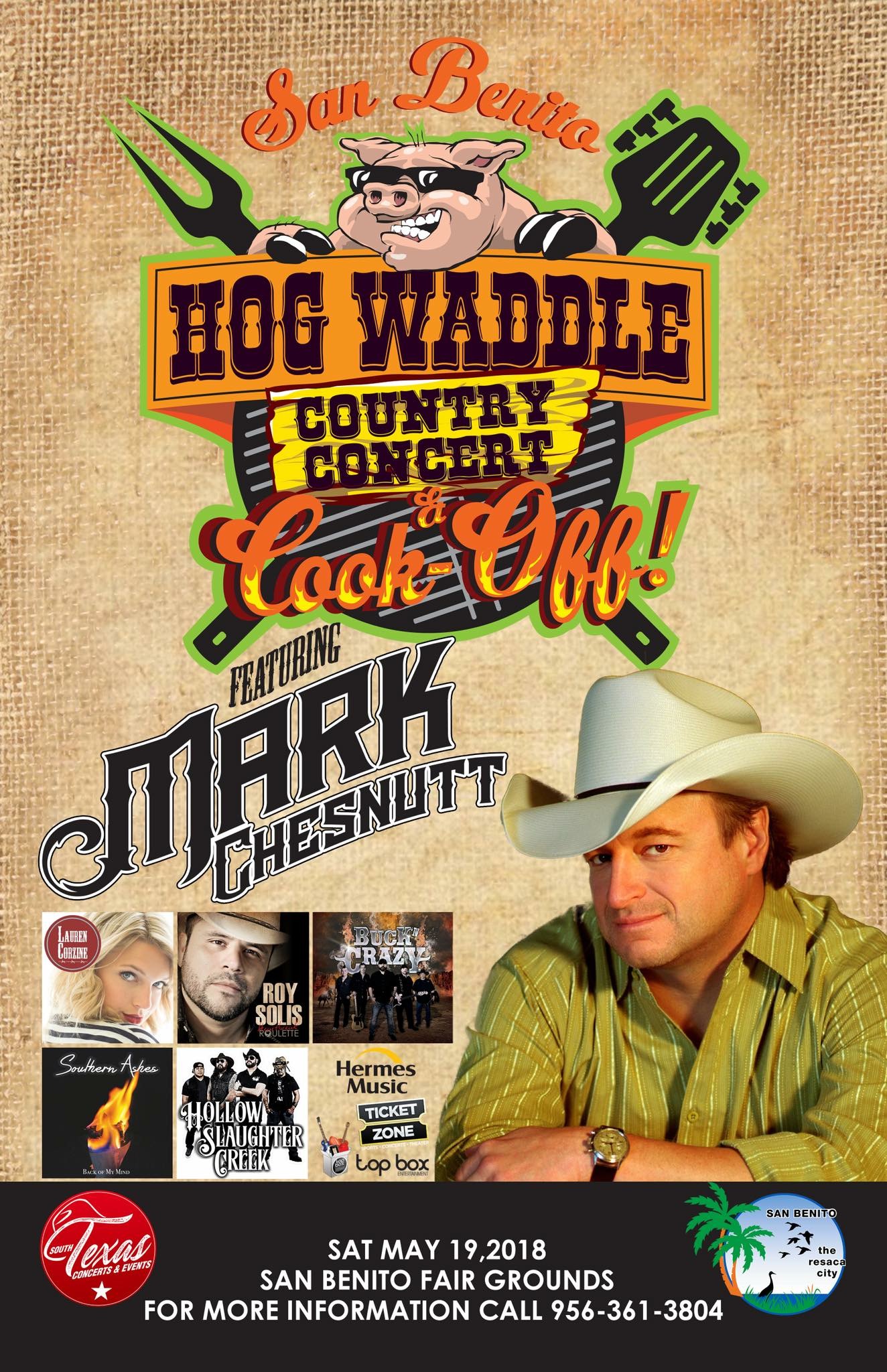 Join us on Saturday May 19, 2018 for our San Benito Hog Waddle Country Concert & Cook – Off featuring Mark Chesnutt! Limited tickets available, get yours NOW!!

All ticket prices are subject to a service fee: 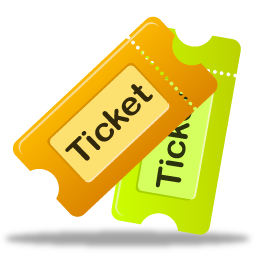 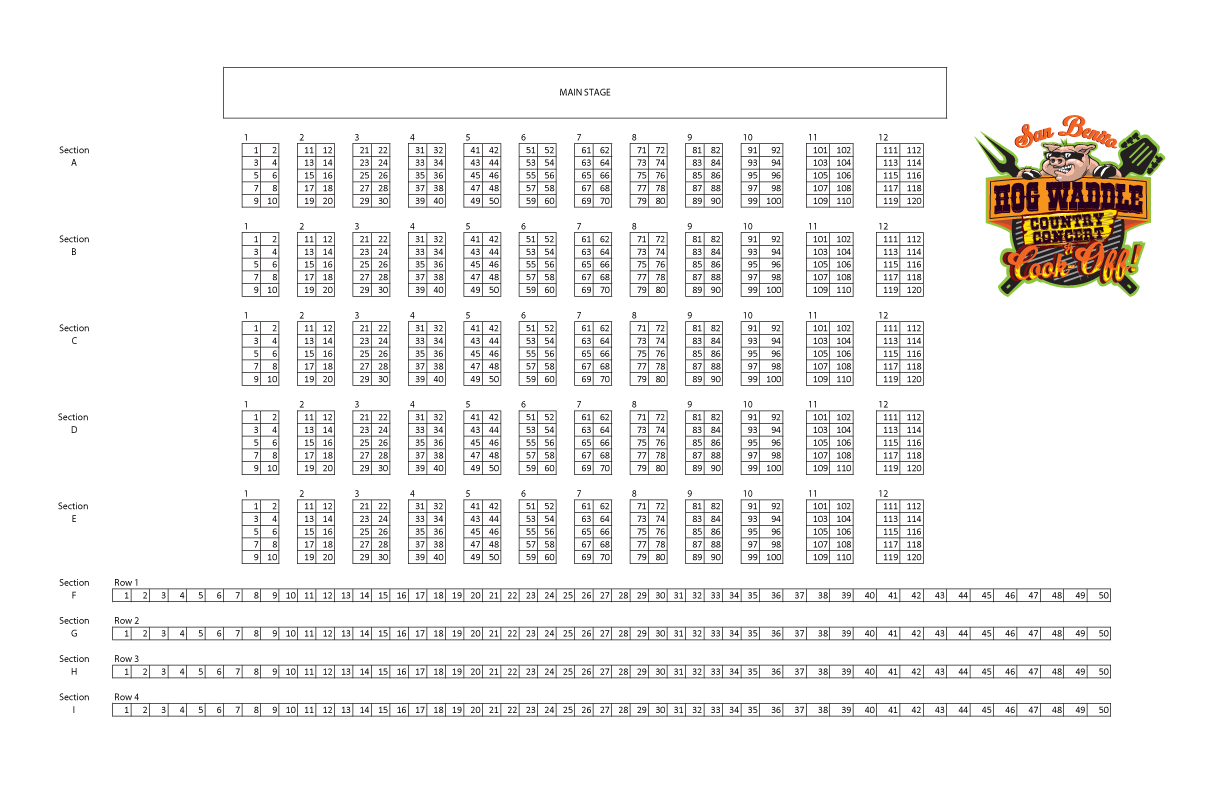 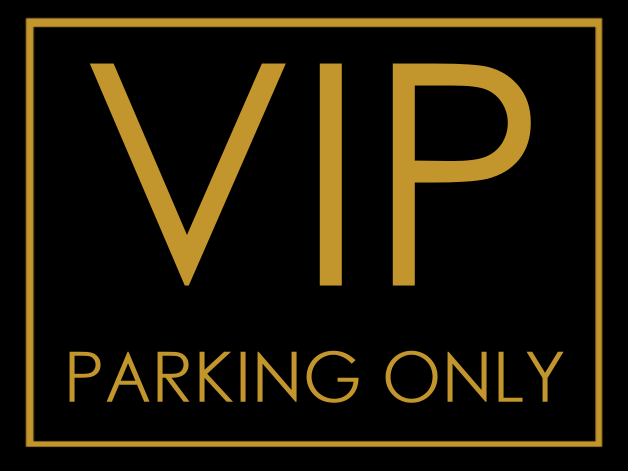 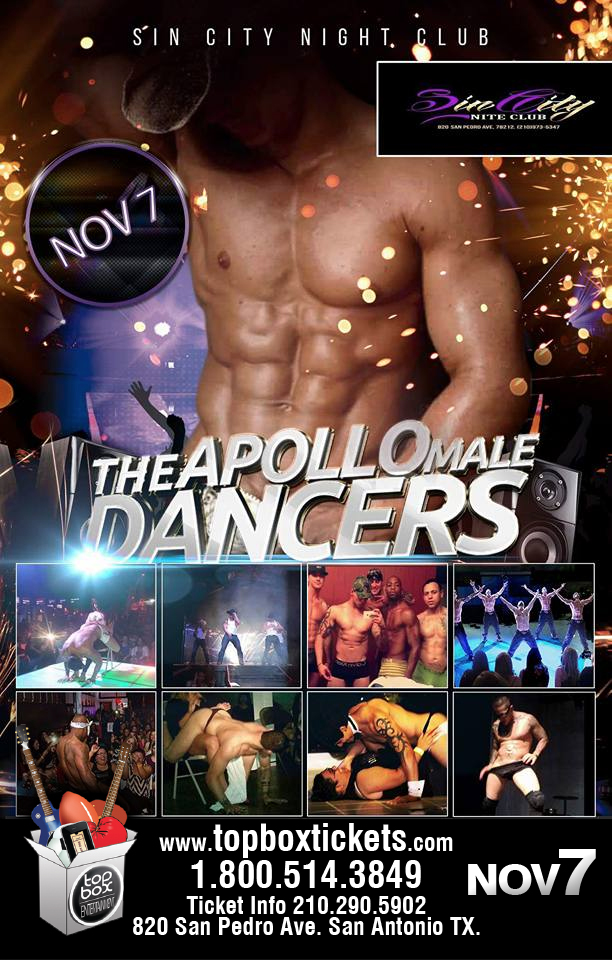 Apollo Male Dancers is a mantastic, sex-god, abs party that will make you lose your damn mind… in the best way of course! The guys bring down the house on stage at Sin City Night Club in San Antonio TX. They go hard every night, and on November 7th,  you and your friends can get some action if you need it. Whether you’re celebrating a Bachelorette bash or your own sheer awesomeness, you can meet your party match with the men of Apollo Male Dancers. – See more at: www.apollomaledancers.com 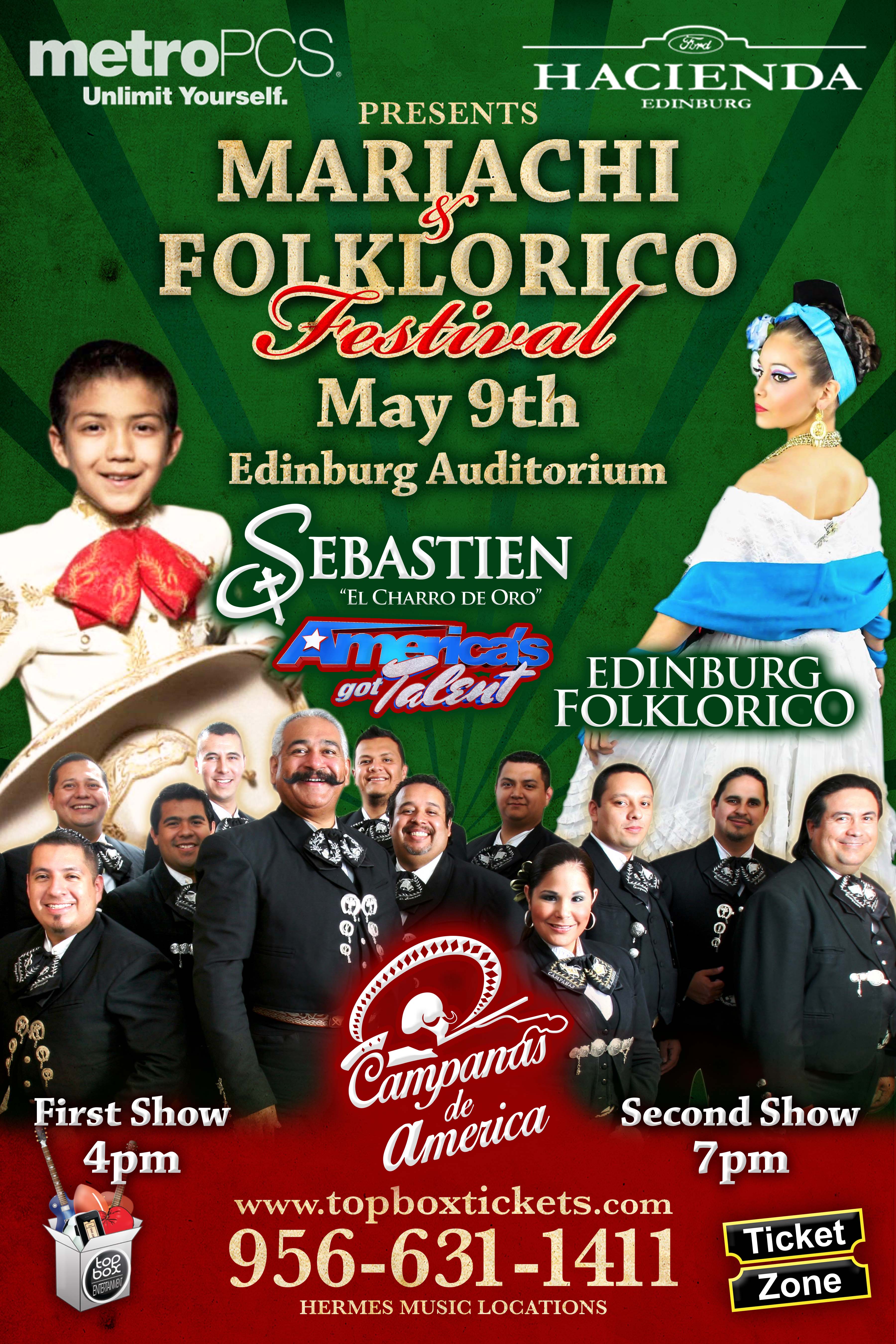 Campanas de America is an innovative twelve-piece musical ensemble mariachi band founded in 1978 in San Antonio, Texas. The band (Bells of America in English) was named after Belle Ortiz, the wife of the band’s musical director and manager, Juan Ortiz. They have performed nationwide, and continue with an active recording career.

Expanding in style from traditional mariachi sounds, the band also uses more diverse instruments including the accordion, keyboards, and a full drum kit. They are the only mariachi band to display an instrument at the Hard Rock Café.

They performed at the Hispanic Heritage Award in 1999, 2000 and 2004. Their 2004 appearance was televised nationwide on NBC and Telemundo. In 2003 they were featured in a performance at the White House for President and Mrs. Bush. On July 20, 2005, the band won the “Best Mariachi” award at the 1st “Premios Music Latina Austin” awards in Austin Texas, during which they also performed.

Mariachi De Oro was fantastic! Their dress and overall appearance is amazing. I would recommend them to anyone wanting the true mariachi experience.

Mariachi De Oro concert was the best! They were timely, professional and extremely talented. I had several party guests compliment them, wanting to know more on them. They did a great job and I would definitely attend their show again in the future.

I can’t fully express just how wonderful these musicians are and how pleased I am with their performance at their concert. They weren’t too loud or too soft – just the perfect mix of energy and mellowness. Guests were able to talk amongst themselves while enjoying the entertainment. They mingled from table to table, singing and playing, allowing all guests to feel included in the entertainment. As for professionalism and talent, they are top notch. I would attend their show again in a heartbeat.

Sebastien De La Cruz is a ten-year old boy born in San Antonio, Texas, with a strong voice, known around Texas as “El Charro de Oro” (the golden mariachi). In his brief singing career Sebastien has been featured in the media, has opened for the internationally acclaimed Mariachi Vargas de Tecalitlán, and knows exactly what he wants out of life—to make people happy through music. At the age of six he told his parents he wanted to sing mariachi music, and with much hard work and determination, he began learning some of the songs and singing at local community events. Sebastien has proven himself to be among the best young mariachi vocalists in the US. 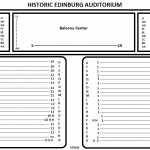 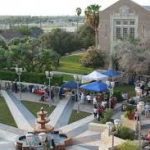 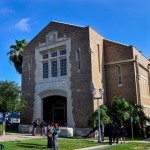 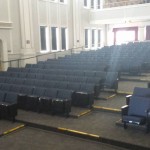 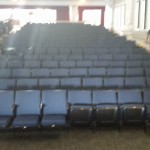